Please Note: LTA staff, casts, crews, volunteers, and auditioners are still required to provide proof of full vaccination (including at least one booster)  in order to participate in our productions and events. Please check our website for updates to our policy. 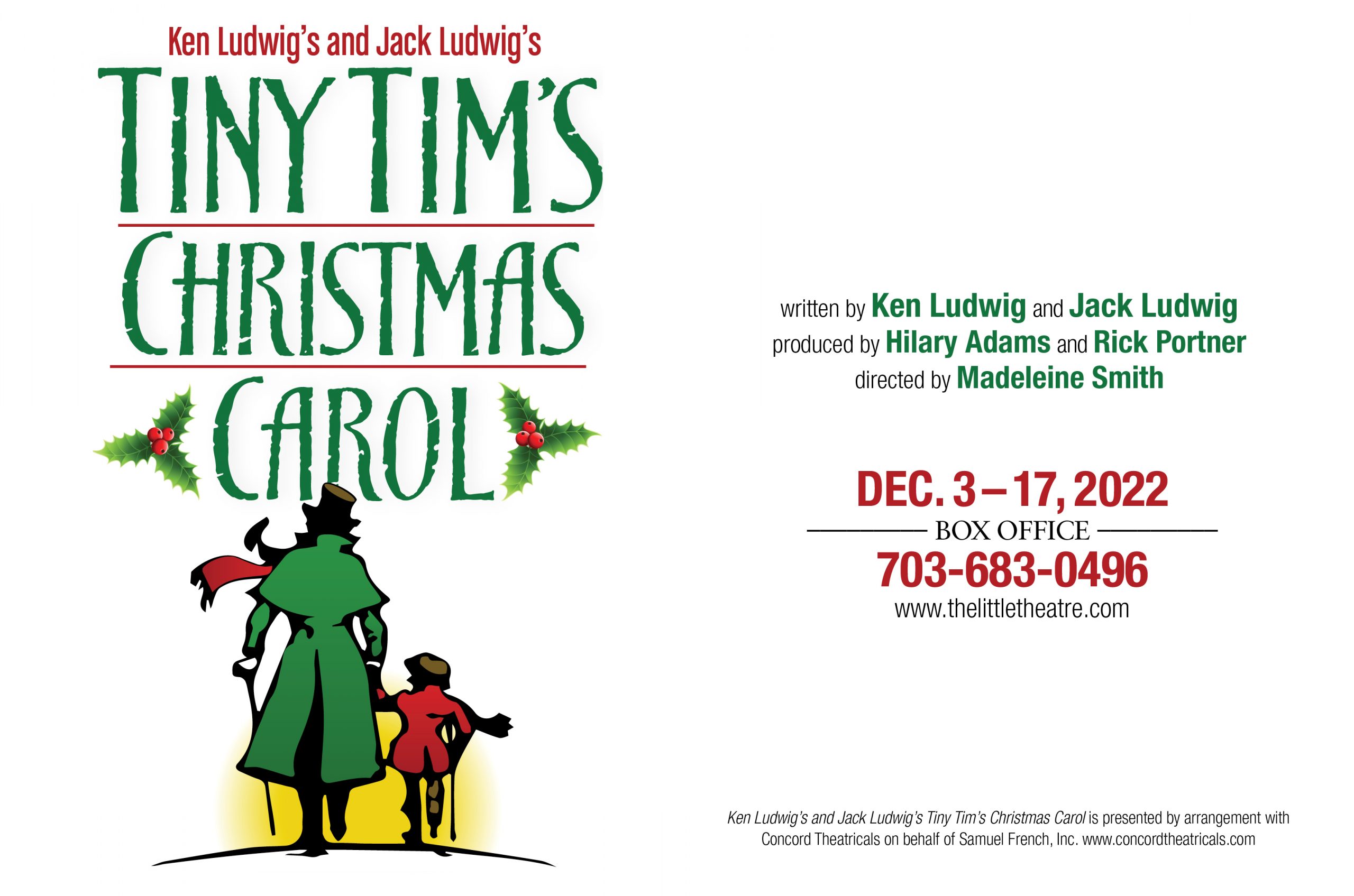 LTA rings in the holiday season with a new take on the Charles Dickens classic tale. Tiny Tim’s Christmas Carol is a child-friendly version of Scrooge’s eventful night, with many of the darker elements smoothed out. Tiny Tim longs to have his father home on Christmas day, but Ebenezer Scrooge won’t give Bob Cratchit the day off. There must be a way to change Scrooge’s mind – and perhaps a ghost or two will set Scrooge right! Written by Broadway’s award-winning Ken Ludwig and his son Jack, get ready for the wildest Christmas ride you’ve ever had!

Effective September 1, 2022
LTA is at full seating capacity and is no longer require proof of vaccination or testing in lieu of vaccination. However, we continue to require all persons attending performances to wear a mask indoors, including during the performance or event.

Click Here for Our Mission Statement and Code of Conduct